How to build client relationships

A video shortly after a great result on a case that meant the world to the client!

If you have been charged with a criminal allegation in the City of Oakland or anywhere in the County of Alameda and you are in search of the best Oakland Criminal Attorney, your search is over!

Oakland Criminal Attorney Francisco Rodriguez has extensive knowledge of the Alameda County Courts but specially the Oakland Courts.  His office is located directly in front of the Wiley Manuel Court House in Oakland. Attorney Rodriguez states that: "The importance of knowing the players involved in your case is of the essence, not because by knowing them they will give you favors, but because you gain knowledge about their attitudes and beliefs, this in turn helps you understand the way they will react in your specific case, with your particular facts."

Criminal Attorney Francisco Rodriguez will help you in any of the following matters:

Have you been charged with Murder in Oakland? You will need the services of an experienced defense attorney in Oakland.

The earlier you talk with Attorney Francisco Rodriguez the more effectively he can defend you against your homicide charges.

Our clients charged with homicide cases in Oakland have discovered how effective our approach and extensive knowledge of the law can be to there case.

Here are the possible charges:

We will work immediately to protect the rights of our clients if they are arrested or questioned.

Contacting an experienced Oakland Criminal Defense Attorney immediately provides you with benefits and advantages to your case.

If you have been involved is some type of dispute with another in the city of Oakland and have been arrested or charged with Assault as a misdemeanor or a Felony, violation of Penal Code Section 245(a)(1), Attorney Rodriguez can help. The first step in protecting yourself is to call and make sure that no statements are made in the case in response to police questioning. The punishment can be severe and it is not worth taking chances, call today Attorney Rodriguez today

Oakland theft/embezzlement charges can range from felonies to misdemeanors, either way you cannot afford to have this type of offense on your record.  For many a minor conviction of this kind, or major as an embezzlement, can mean deportation from the country. For others it can mean the difference between being hired for that desired position. Most theft charges come under Penal Code section 484 and are priorable. If you happen to be accused of such offense, call Oakland Criminal Attorney Francisco Rodriguez for a free consultation.

Oakland domestic violence charges are often made when no charges should take place. Yes there are many cases that must be charged and prosecuted, but more often we see cases where the Government places charges on a person in an effort to prevent a perceived greater harm. Another words innocent people often get charge, but the Government would rather side on the side of caution in an effort to prevent another O.J. Simpson situation. If you have been charged with domestic violence in Oakland and are looking for an experience Attorney to help you with your case, look no further....  Call Oakland Criminal Attorney Francisco Rodriguez.

We also handle all Oakland warrants.  If you have an outstanding warrant the best thing you can do is not ignore it.  If you do, you may end up speding time in jail that you would otherwise not have to do. Often times we can take care of the warrant without you having to appear in Court. If you have an Oakland warrant outsatnding, you must contact Oakland Criminal Defense Attorney Francisco Rodriguez for a free consultation.

We handle all immigration holds and also provide representation at any deportation hearings and often are able to get the person bonded out from immigration custody.  Call us now, time is of the essence if you have an INS hold.

WE ALSO HANDLE ALL OTHER FELONIES AND MISDEMEANORS SUCH AS:

One of Oakland Criminal Attorney Francisco Rodriguez's advice to his clients is to always assert your right to remain silent and ask for your Attorney! Remember that merely remaining silent is not enough, you now must assert or express to the government agents your desire to remain silent and not answer any questions. You must utter those words so that your silence will not be held against you in Court. Call today for a consultation in our Oakland Office (510) 504-2030

CALL US FOR A FREE CONSULTATION OF YOUR CASE!

SEND US AN E-MAIL

Send us an e-mail or call us to set up a consultation about your case today! 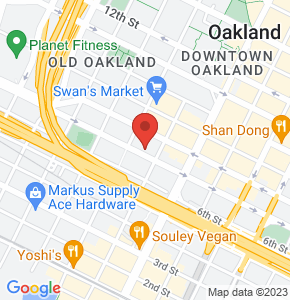 Below find our normal business hours, however our phones are answered 24 hours a day, seven days a week! CALL US NOW FOR A CONSULTATION (510) 504-2030

39 YELP REVIEWS! The most out of any Criminal Attorney in Oakland....